Opportunities and Risks for Somaliland 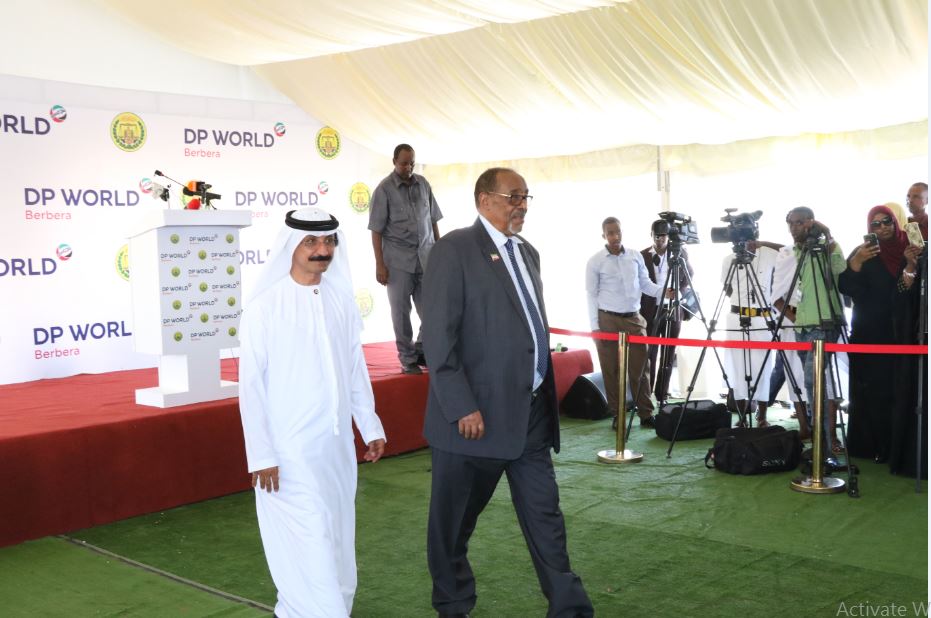 (H.E. former President of the Republic of Somaliland, Ahmed Mohamed Mohamoud “Silanyo” and DP World Group CEO Sultan Ahmed bin Sulayem in May 2017 at the ceremony to mark the start of the DP World concession)

In 2016, the UAE’s state-owned company DP World entered into a landmark $442 million deal with Somaliland’s government for a 30-year concession to manage Berbera Port. The commercial port of Berbera is Somaliland’s main cash cow and sits strategically at the mouth of the Red Sea. The UAE’s growing interest in East African ports has aligned perfectly with landlocked Ethiopia’s long term economic needs.

On 1st March 2018, DP World announced that the Federal Democratic Republic of Ethiopia entered the fray by acquiring a 19% stake in DP World’s Berbera Port acquisition. DP World still holds the lion’s share at 51%, with Somaliland’s government holding the remaining 30% stake. As part of this deal the government of Ethiopia is obligated to construct the “Berbera Corridor” a $300 million road that will connect Berbera with Ethiopia’s hinterland and capital city.

Somaliland stands to gain the most from the Berbera Port deal as it is unrecognized and cut off from international, bilateral aid. This isolation has led to a dichotomy where Somaliland has an elected government but suffers from high levels of unemployment and a dependency on remittances from its very large diaspora. The modernization of Berbera Port and creation of an accompanying economic Free Zone will create vital jobs whilst generating substantial revenues for the government in the form of customs duties.

Ethiopia’s involvement guarantees a sound business case for the future success of Berbera Port. DP World’s Chairman alluded to the commercial opportunities now that Ethiopia’s population of 110 million will be a key market creating commercial demand for usage of the Berbera Port.

Somaliland’s current President Muse Bihi is capitalising on the Berbera Port deal to strengthen Somaliland and UAE relations. This was proven by his recent state visit to Abu Dhabi where the UAE announced it would train Somaliland forces as part of a military base deal in Berbera. Also, Ethiopia under the new administration of Dr Abiy Ahmed is expected to push ahead with the Berbera Corridor infrastructural investment which is worth over $250 million.

The Mogadishu-based government’s opposition is driven by its awareness that the Berbera Port deal signals that Somalia exercises no authority over Somaliland. The risks of Somalia derailing the tripartite deal are negligible as the UAE is one of the key power-brokers in the Arab League.

Ethiopia is still in the process of undergoing a leadership change with incoming Prime Minister Dr Abiy Ahmed expected to take office soon. As with every new administration, the Prime Minister may decide to put on hold any ongoing deals which is a risk to the implementation of the Berbera to Addis Corridor. However, the risks are mitigated by the fact that Dr Abiy Ahmed is from the ruling EPRDF coalition which negotiated the Berbera Port tripartite deal and accompanying Berbera Corridor investment.

Risks for the region

The Berbera Port deal has already had repercussions in the region vis-à-vis Djibouti which has the most to lose from Ethiopia’s pivot towards Berbera and Somaliland. Djibouti is aware that if Somaliland taps into a portion of Ethiopia’s trade needs, then this will divert hundreds of millions of dollars in customs revenue away from Djibouti. In February 2018, this led to the government of Djibouti seizing the main Doraleh Port which was also managed by DP World since 2006. The incoming Berbera-DP World deal set-in motion the events leading to the government taking extraordinary action against the UAE’s DP World.

The risks for the UAE are varied as governments such as Djibouti’s are now pushing back against UAE control of key infrastructure. For Djibouti, such action may prove to be counterproductive as Ethiopia may prioritize Berbera Port as it’s stability is guaranteed now that Ethiopia has a minority stake in the venture. Above all, the Berbera tripartite agreement will have the impact of transforming the regional dynamics in the Horn of Africa at the expense of Djibouti, whilst ensuring Somaliland’s emergence as a regional player and viable entity despite its unrecognized status.

In conclusion, we are all in agreement that the opportunities that have arisen far outweigh the risks and we are already seeing benefits – since winning the concession to manage Berbera Port in 2016, DP World has made advances in terms of Berbera Port’s operational capacity. In September 2017, Berbera Port recorded the highest container volumes in its history with a 40% increase compared to September 2016. 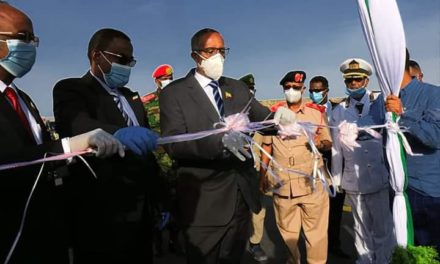 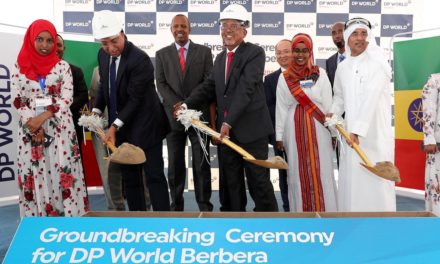 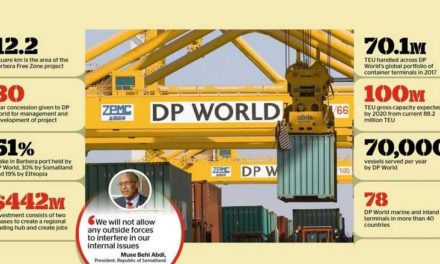