Genel Energy to start drilling in Somaliland by 2019 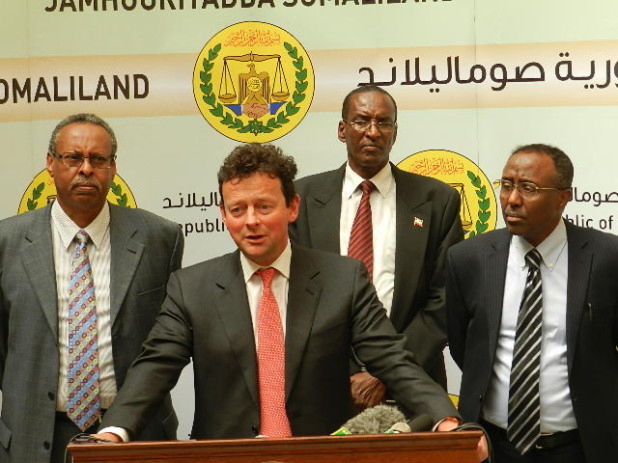 The Chief Executive had this to say;
“For the long term, I really like [our] Somaliland exploration assets. It’s giving me a sense of Kurdistan 15 years ago,” Mr Ozgul said. “In 2019 we may be [starting] the drilling activities,” Reuters reported.

In August 2012, under its former CEO, Tony Hayward, Genel Energy was awarded an exploration licence for onshore blocks SL-10-B and SL-13 in Somaliland, with a 75% working interest in both. Genel extended its presence in November 2012 with the acquisition of 50% participating interest in the Odewayne Production Sharing Agreement which covers blocks SL-6, SL-7, SL-10A. The total size of the blocks is approximately equivalent to the entire Kurdistan Region of Iraq. It was under the administration of former President Ahmed Mohamed Mohamud “Silanyo” that Genel Energy entered Somaliland’s hydrocarbon market because of encouraging indications including onshore oil seeps. Genel Energy was also buoyed by existing geological data showing favourable conditions for hydrocarbons to have accumulated in numerous large tilted fault blocks and sub-basins.

Currently, Genel Energy is engaged in the processing of the seismic data. Genel Energy and its partner, the Somaliland government are anticipating that the seismic interpretation and the associated development of a prospect inventory will in turn guide the optimal strategy to maximise future value for Somaliland’s hydrocarbon sector.

According to Genel Energy’s latest trading and operations update and release of the Company’s full-year 2017 results;