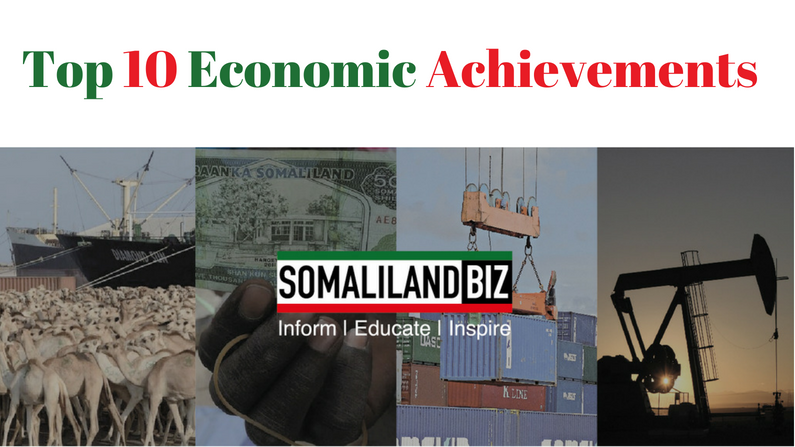 We start off with Somaliland’s most important commercial sector. Livestock is the major export of Somaliland contributing to 60% of GDP and around 85% to foreign export earnings (Somaliland National Development Plan, 2012 – 2016). Somaliland possess one of the world’s largest camel populations and livestock with high levels of demand from Gulf states such as the UAE and Saudi Arabia (especially during the busy hajj season). Moreover, Somaliland’s livestock sector employs over 70% of the population making it the most important sector since independence and this is still the case in 2018. Somaliland’s peace has led to it becoming a key inward destination for Foreign Direct Investment (FDI) and investment from its economically active diaspora. An example of a major FDI deal in Somaliland is the $17 million Coca-Cola plant based in the outskirts of Hargeisa. The Coca-Cola plant in Somaliland was set up (in a JV agreement) by the multi-billion conglomerate and day to day operations transferred to a local management team named Somaliland Beverage Industries (SBI).

Somaliland’s diaspora remains one of Africa’s most engaged diaspora sending over $1 billion in remittances a year according to the World Bank. This means that Somaliland’s economy is mainly powered by the private sector and investment from the diaspora. This has led to a real estate boom in the capital and regional capitals. Land prices in Hargeisa have quadrupled since independence and all over the city construction has increased at a phenomenal pace signifying the purchasing power of Somaliland’s large diaspora. Somaliland’s dual chamber democracy means that the government of the day is to share the national budget to parliament once a year. It is then up to Somaliland’s parliament (House of Representatives) to approve the national budget for the fiscal year. This has enabled Somaliland to become more transparent in terms of financial accounting and this has also motivated successive governments to boost state coffers. Somaliland’s balanced budget has enabled the government to consistently pay on time security personnel, civil servants, teachers and medical professionals.

Somaliland’s budget has seen successive year-on-year growth which a testament to the efficiency of Somaliland’s customs agents throughout the country is. Somaliland also receives very little foreign aid. For instance, in 2017 the budget was $362.5 million and foreign international aid only accounted for $16 million of the budget. Also, as part of Somaliland’s decentralised governmental system, local governments can raise their own local budgets to improve service delivery at the local level. Somaliland has one of the largest and deeply engaged diaspora populations in Africa. Somalilanders live far and wide in regions as diverse as Canada, the US, the UK, Scandinavia and the Gulf. This has meant that many Somalilanders have set-up businesses with success. Examples include, Dahabshiil, Africa’s largest money remittance company as well as Mohammed Yusuf, the founder of multibillion hedge fund Invicta Capital Limited, which owns the rights to the James Bond film franchise.

Another recent business success story can be found in Ismail Ahmed of World Remit, a major fintech company based in London. WorldRemit specializes in sending money via mobile phones. Ismail Ahmed was inspired by his experiences in Somaliland and he leveraged this to turn World Remit into a company today worth $670 million and one of the UK’s most successful fintech companies. Somaliland’s aviation sector has seen considerable growth, powered by the regular trips from its large diaspora. This has led to Somaliland modernising its central airport, Hargeisa Egal International Airport. Somaliland’s government is also currently outlining plans to turn Berbera International Airport into a modern, high-tech airport with the assistance of the UAE government (as part of the UAE Berbera Naval Base deal signed in 2017). Somaliland’s aviation sector boasts international carriers such as Ethiopia Airlines, Fly Dubai, Air Djibouti, Air Arabia and Turkish Airlines which is planning to set up a base later this year.

Although still in its early stages, Somaliland has witnessed good growth in its tourism sector since its independence. Somaliland’s principal tourism attraction are the Laas Geel caves; these are cave formations found in the rural outskirts of Hargeisa and contain some of the earliest known cave paintings in the Horn of Africa. Other tourist sites include Ga’an Libah mountains and Sacadadiin Islands. This vibrant tourism market is spearheaded by Somaliland’s Ministry of Tourism and world-renowned archaeologist Dr Sada Mire. Since 1991, Somaliland has seen the growth of good quality universities throughout the country. Somaliland’s most successful university academically is Amoud University based in the Awdal region. Amoud University can lay claim to one of Somaliland’s most dedicated and hard-working student bodies with faculties of Medicine, Social Sciences and others. Other high-quality, public universities include the University of Hargeisa which is expanding rapidly and was funded entirely by contributions from the diaspora.

We mustn’t forget the renowned SOS HG Sheikh Secondary School which is the only school in Somaliland that provides an internationally recognised curriculum – Edexcel IGCSE (UK Curriculum).

Somaliland has also seen the creation of a world-class secondary institution in the Abaarso School of Science and Technology, which is a non-profit, co-educational boarding school in Abaarso, located 18 km west of the capital of Hargeisa. Abaarso has been able to attract world-class educators and professionals from North America and many young Somalilanders have went from Abaarso to Ivy League universities such as Harvard, Yale and MIT. Somaliland’s telecoms sector has seen explosive growth following independence on May 18th, 1991. The vast majority of this growth has been driven by a dynamic private sector which has set up mobile communication towers throughout the country. These developments have allowed Somaliland to leapfrog industrial development with the emergence of various ICT and service-orientated cottage industries in key cities.

Another major innovation in Somaliland is mobile banking which is a world leader and admired by industry titans such as Bill Gates of Microsoft. Somaliland, has one of the world’s highest rates of digital transactions. Most transactions are on Zaad, a service of the largest mobile-phone operator, Telesom. A survey in 2013 found that the average customer made 34 transactions per month – a higher rate than almost anywhere else in the world according to the Bill & Melinda Gates Foundation. In May 2016 the Government of Somaliland signed a 30-year agreement with DP World to develop and manage Berbera Port at a cost of $442 million. This was by far the biggest Foreign Direct Investment (FDI) deal ever signed in Somaliland and has the potential to completely transform the Somaliland economy. You can read more about the DP World Berbera deal here…

Under the tripartite agreement terms, the Federal Government of Ethiopia would invest in infrastructure to develop the transit road known as the Berbera Corridor whilst DP World will develop Berbera Free Zone in phases, with the first phase focusing on 4 square kilometres of land out of the 12.2 square kilometres earmarked for the project. Such is the importance of this tripartite deal for Somaliland that economists predict Berbera Port will become a multi-billion regional maritime and logistics hub in the future. Read about potential developments with the central bank here

It goes without saying, had Somaliland’s elders and population never established peace, there would be no conducive environment for economic growth. Somaliland’s government is based on three different branches. First is the legislative branch in the form of the House of Representatives and House of Elders, followed by the Executive Branch which includes the President’s Office. Finally, the judiciary branch which includes the Supreme Court and Constitution. The hard-won peace in Somaliland allowed the private sector and commerce to develop organically throughout Somaliland. Watershed conferences include the Burao Conference of 1991 and the Boorama Conference of 1993 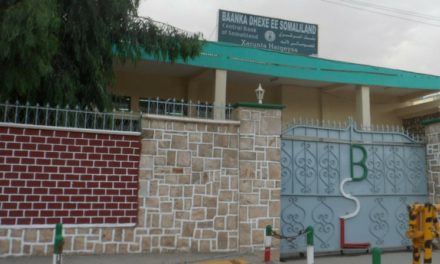 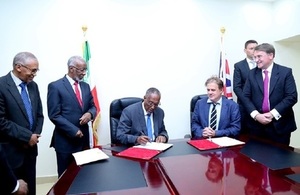